February 20, 2019
If you come to my house on a weekend, it's very likely that you'll join me for some tacos! They would be sitting there ready to be eaten anyways! All different variations of them. But one that I tend to make more often - because it's so damn refreshing and good - is this one.  Carne asada steak Tacos with my homemade Avocado verde. Not only does it taste amazing but look at those colors... you get a big punch of heat but it quickly goes away and you end up with a mouth full of awesome flavors. 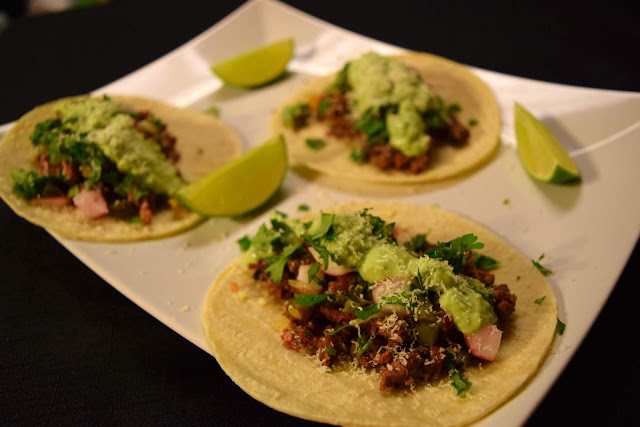 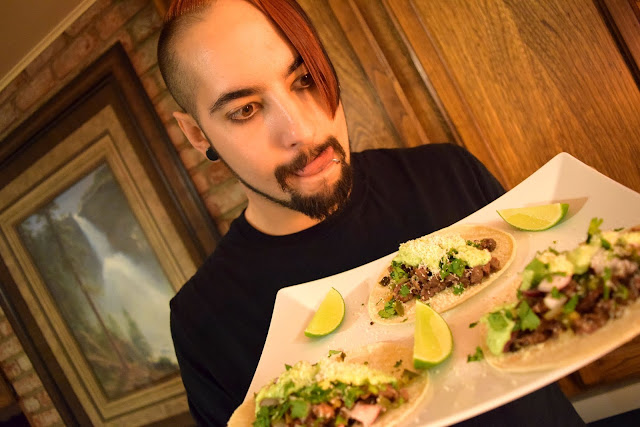 Put the container with the steak on the BBQ at 400 F.
13 minutes later, pour 1 shot of lime juice in and stir!
Take it off the BBQ after it has been on for a total of 23 minutes. Pour some of the juice out to make sure it's not too runny.

Jalapeno and onion mix:
You might want to use some disposable gloves when you cut up these ingredients, to prevent rubbing yourself in the eyes later and getting a horrible surprise...

4 Jalapeno peppers - cut out the ribs (I don't mind keeping some seeds in because I like the heat). Cut up the peppers.
1 cut up white onion
Mix it all together and put it on a big piece of foil. Gather it in the middle as much as you can. Add a couple of dollops of butter on and around it. Bend the edges of the foil to create sort of a "bowl". Let the top be open and exposed. Put it on the BBQ on 350 F for about 30 minutes.

Avocado verde:
2 cut up avocados
5 peeled and sliced tomatillos
4 cut up jalapeno peppers - leave the seeds in if you want more heat, it's okay to leave the ribs this time (don't forget those gloves!)
1/4 green bell pepper
1 cup fresh cilantro
1/2 roughly chopped up white onion
1 cup sour cream
1 cup lime juice
1 habanero pepper
Pour it all in a blender and mix it together until you've got a smooth looking sauce!

Garnish:
Roughly cut up 5 radishes.
Cut up some fresh cilantro too!

Putting your Tacos together:
Small white corn tortillas
Add your carne asada meat first.
Then add jalapeno and onion mix.
Add a few radishes - just enough to subside some of the heat!
Sprinkle on some cilantro.
Pour on a good amount of the creamy avocado verde.
Grate some fresh Parmesan cheese on top.
Squeeze a little bit of lime juice to top it all off! 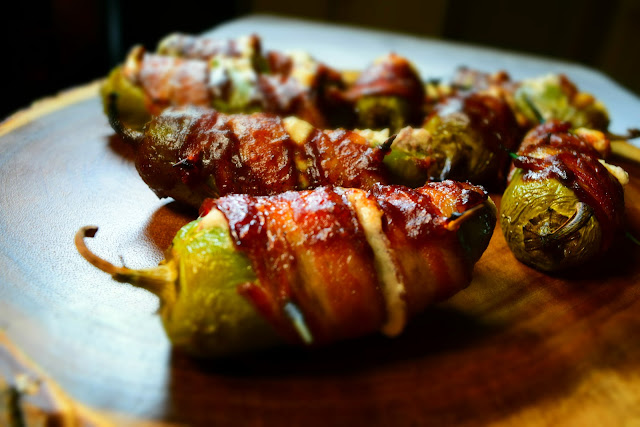 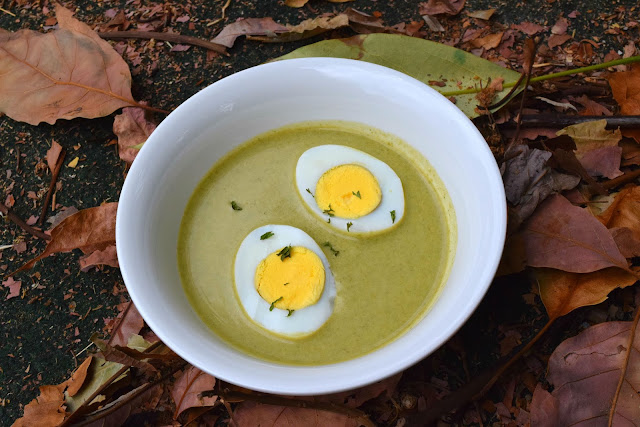 One of my favorites and most comforting foods to eat, when it's chilly outside and the wind is blowing - is this Spinach soup! My wife is the one who got me into it. I had never had anything like it before so I was reluctant. But she made it for me and it is SO addicting. Honestly, after the first bite it's gone in 60 seconds. We always make a double batch and spend the next four or five days enjoying it. I love the boiled egg in there. The yolk melts and makes the soup even creamier. You have got to try it for yourself! Ingredients: A splash of olive oil 1 yellow onion 1 big potato 600 g frozen chopped spinach 250 ml heavy whipping cream 1000 ml (1 liter) veggie broth 100 ml milk 1 boiled egg per portion Salt and coarse black pepper by taste How to do it: Peel and roughly cut up your onion. Drizzle some olive oil in a big pot and let the onion simmer on low heat in there until they turn a bit golden and softer. Roughly cut up the potato and add them to th 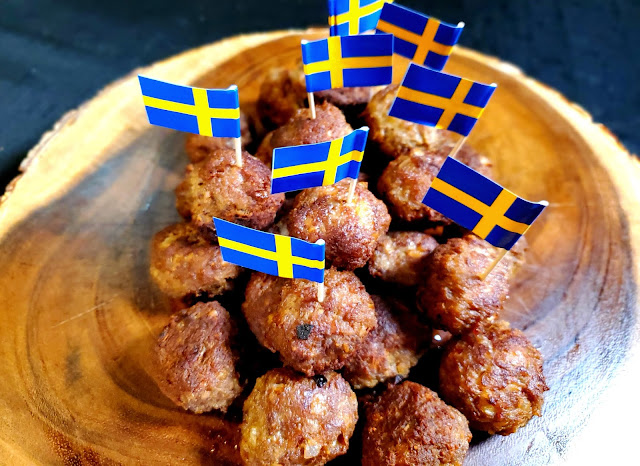